Why should you submit your film to Summer Hill Films?

Summer Hill Films recognizes that the Filmmakers have needs that are best met by a distributor who knows and emphasizes with the unique interests of the filmmaker.

Filmmakers seek a HOME where they can place not only their films, but also their TRUST. They want a PARTNER who shares their interests and knows their point of view. They are tired of getting the run-around.

Twelve to eighteen hour days on the set are hard enough but doing all that work, for all that time, and then seeing it all eaten away by a gatekeeper to the marketplace is the most discouraging aspect of the whole endeavor. In fact, to the creative spark within filmmakers, the result is often fatal.

At the same time, FILM BUYERS want reliable access to inventive, cutting edge, yet reasonably priced product; they want to work with a DISTRIBUTOR with strong relationships on the creative side, and a product line that reflects repeatable success.  Ideally, this would be a distributor with rising stars, carefully handled artists, personal attention, and real access to finished gems.  Indeed, for buyers, the ideal partner is someone who knows QUALITY OVER QUANTITY; a colleague who listens, and then delivers.

And this, in sum, is the mission statement for SUMMER HILL FILMS: being a filmmaker’s distributor in the 21st century.

So why exactly is Summer Hill Films different? 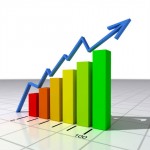 First and foremost, independent, third party collections and reporting.  That’s right, your money is collected and reported by an independent third party.  You don’t have to trust us, trust THEM.

In addition, the Summer Hill team has over 45 years of combined experience in the film and TV distribution business including the theatrical releases of HENRY’S CRIME (Keanu Reeves and James Caan), SWINGING WITH THE FINKELS (Martin Freeman and Mandy Moore), and SPOONER (Matthew Lillard and Christopher MacDonald).  Other films include SEE YOU IN SEPTEMBER (Whoopee Goldberg, Estella Warren), MAYOR CUPCAKE (Judd Nelson and Lea Thompson), and LOST CITY RAIDERS (Ian Somerhalder). Other films released by team members include AIRBUD, TILLAMOOK TREASURE, AMERICAN RULING CLASS, THE HI-LINE, TEXAS CHAINSAW MASSACRE, FAUST: A LOVE STORY, and many others… 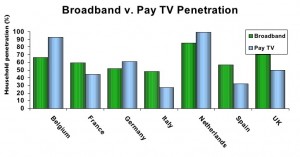 Finally, we aren’t so ingrained in the way it has always been done that we don’t embrace the new technologies and release windows.  Digital is here and now, it’s not the future, and it is growing.  Success also means more than DVD.  It means television, online streaming, video on demand, digital downloads, etc.  And it means more than just the United States.  We’re a growing, global economy and every country in the world has its own release platforms and they aren’t the same as the platforms you might be used to in your home country.