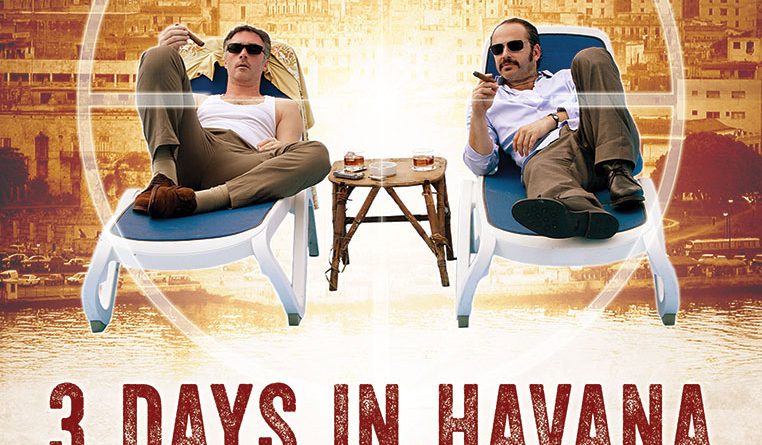 SCOTTSDALE, AZ – January 14, 2015- Summer Hill Films, LLC, a U.S. theatrical distributor and worldwide sales company with international and domestic appeal, is pleased to announce it has acquired All Rights Worldwide (excluding U.S. and Canada) to the critically acclaimed ‘3 Days in Havana’.

Havana is a seductive, fish out of water, noir-style thriller starring Gil Bellows as an insurance executive. He has his world turned upside down when he travels to Cuba for a convention only to get caught up in an assassination plot.

The film was written and directed by Bellows and Tony Pantages. Bellows is best known for his roles in Shawshank Redemption as well as Summer Hill’s award winning ‘Leading Lady’. Recently, Bellows starred in SyFy’s acclaimed limited series, ‘Ascension’.

Jon Bonnell, Summer Hill’s President, negotiated the deal with Bellows and is thrilled with the acquisition. “This movie is like taking an exotic vacation inspired by the brilliant minds of Alfred Hitchcock and Elmore Leonard,” states Bonnell. He goes on to state that “[3 Days in Havana] is also timely given the recent discussions regarding lifting U.S. travel restrictions to Cuba.” For those unaware, the United States, on January 21st, will try to convince Cuba to lift travel restrictions and upgrade its interest section to an embassy.

Havana which one reviewer calls “a hard-hitting and intriguing assassination thriller”, is set for a day and date release, premiering theatrically in Los Angeles on February 26th along with cable, online and VOD. Summer Hill Films will present the film this year at Berlin’s EFM 2015.

Summer Hill Films is a U.S. theatrical distributor and worldwide sales company with international and domestic appeal. The company was founded by Jon Bonnell and Monique R. Nayard who worked together previously at Moving Pictures Film and TV, which became ICAP Media.  The new label will provide a full range of services relating to the sales, marketing, licensing and distribution of mainstream feature films, television and special interest content across all media in the worldwide market.