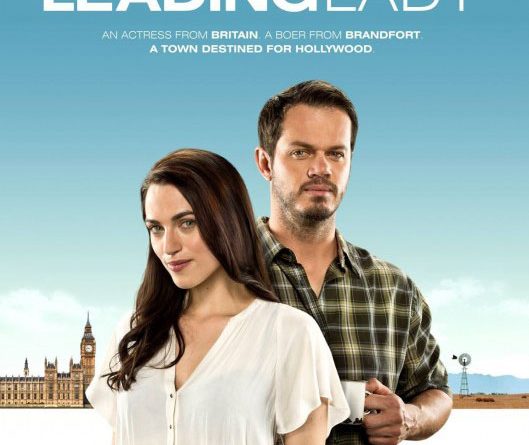 LEADING LADY, best described as a NOTTING HILL for the new millennium, stars McGrath as a beautiful, idealistic British ingénue who journeys to Africa to prepare for the film role of her career. She finds herself embraced by a quirky community in a small South African town where an unlikely romance develops between her and a cynical farmer (van Blerk) who teaches her there’s more to life, and love, than lights…camera…action.

The deal was negotiated by Chris Charalambous, Head of Acquisitions for Freestyle Digital Media and by Jon Bonnell, President of Summer Hill Films.

“Freestyle is thrilled to have found and made this deal during AFM,” said Mark Borde, President of Freestyle Releasing and Freestyle Digital Media. “We loved the film and are looking forward to a strong day and date release.”

Freestyle Releasing is a full-service, theatrical motion picture distribution company that specializes in representing independent companies, major studios, and mini-major studios for the purpose of exhibiting their films in a first class theatrical release. The founders and principals of Freestyle Releasing, Mark Borde and Susan Jackson, are highly regarded and experienced motion picture veterans with a combined total of over a century of respected work in the industry.  From a platform that delivers an anytime-anywhere capability in the medium of their choice and a positive digital viewing experience on any device in any location.

Freestyle Digital Media, LLC was launched in November 2011 by CEO Susan Jackson, Co-President and founder of independent theatrical distributor Freestyle Releasing, LLC and North American sales company Turtles Crossing, LLC, and by Freestyle Releasing co-founder Mark Borde. Freestyle Digital Media supplies quality commercial film and TV content directly to all US VOD/SVOD rental DVD/Kiosks and theaters using the latest cloud-based technologies to automate digital workflow.  Freestyle’s goal is to provide fresh, well-marketed product and stay on the cutting edge of the ever-compressing windows to ensure that their partners benefit from a platform that delivers an anytime-anywhere capability in the medium of their choice and a positive digital viewing experience on any device in any location.

Summer Hill Films is a U.S. theatrical distributor and worldwide sales company with international and domestic appeal. The company was founded by Jon Bonnell and Monique R. Nayard who worked together previously at Moving Pictures Film and TV, which became ICAP Media.  The label provides a full range of services relating to the sales, marketing, licensing and distribution of mainstream feature films, television and special interest content across all media in the worldwide market.